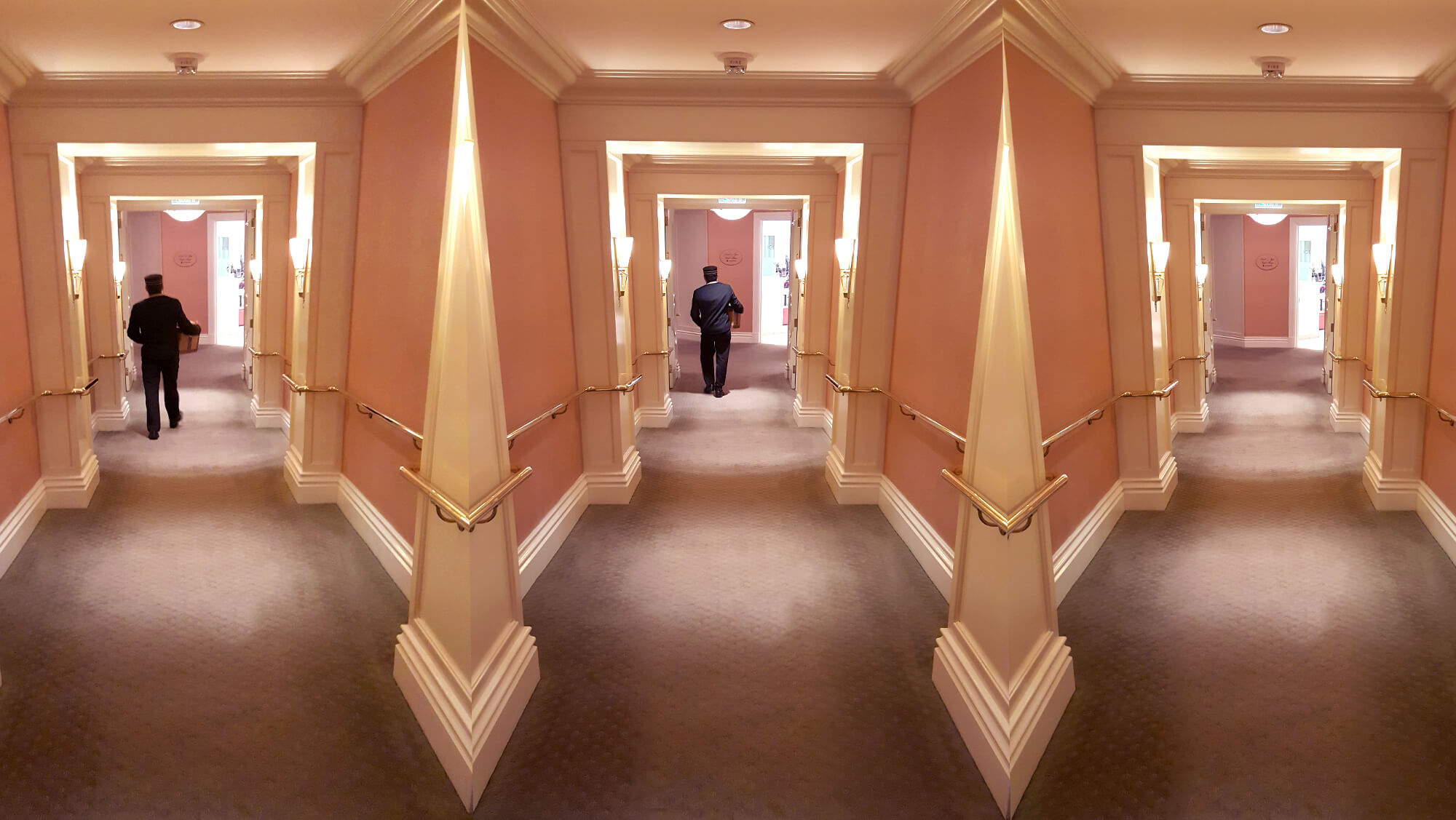 The Beverly Hills Hotel is a Dream of Peaches & Cream

By Tiana Grace30 January 2016 No Comments

“Welcome to the Hotel California!”

Guitar chords sound vividly in my mind as I entered the neatly manicured driveway of The Beverly Hills Hotel, reminiscing over the cover of that infamous Eagles album.

The palm-lined boulevard boasts an array of shiny car candy while an immaculately dressed older gentleman busily buffed the rims of a brand new Mercedes-Benz. “You missed a spot,” Bad Boy said in jest while passing. “Really?” Replied the man, immediately standing back from the car, turning his head at different angles to try and catch a glimpse of a streak of imperfection. “Where?” He wasn’t even half-joking. This was to set the tone for the rest of our visit to this intriguing, grandiose yet bizarre world inside.

A couple of days earlier, while staying at The Hollywood Roosevelt, Bad Boy and I decided we wanted to see some of LA’s infamous landmarks and decided to opt for a cheesy day tour #exactlylikeatourist. While on Hollywood Blvd, we were approached by a hustler that sold us on an “amazing” tour of LA. When the roofless tour bus turned up, it was dinged and rusted beyond belief – I still can’t believe I fell for the hustler’s “luxury” tour shit. I didn’t want to go, but we had paid, and it was relatively inexpensive compared to other tour operators in the area. So, in the end, we sucked it up and got on.

A word of advice: if you are going to do a tour in LA go with Starline Tours, a well-known and reputable tour company that tells you exactly where you’re going and what you are doing. They have double-decker buses with indoor areas, and on a hot sunny day, this can be a saviour.

Anyway, it turned out the driver of the dinged up old heap, an eccentric man with a not-so-discreet toupee, was in the know about one Beverly Hills legend –Howard Hughes. The aviation mogul was known for being a hedonistic recluse, at his favourite spot, Bungalow 4 of The Beverly Hills Hotel.

According to legend, Hughes would occupy up to six bungalows at a time, filling them with family and friends, including movie stars and other illustrious personnel from the Hollywood scene. Being notoriously private, Hughes would insist the cottages remain charged to his account, even in his absence (sometimes for months on end).

His eccentricities required the hotel to cater to some peculiar requests, like having roast beef sandwiches frequently left in the alcove of a tree. The Beverly Hills Hotel was his one-stop shop, where he lived, worked and played for decades. In one year alone, he racked up a hotel bill of an estimated US$11 million. Hughes is the personification of the famous lyric, “You can check out anytime you like, but you can never leave.”
It’s no wonder the glitterati of Hollywood have been coming back for over a century when you receive the royal treatment every day of the week. 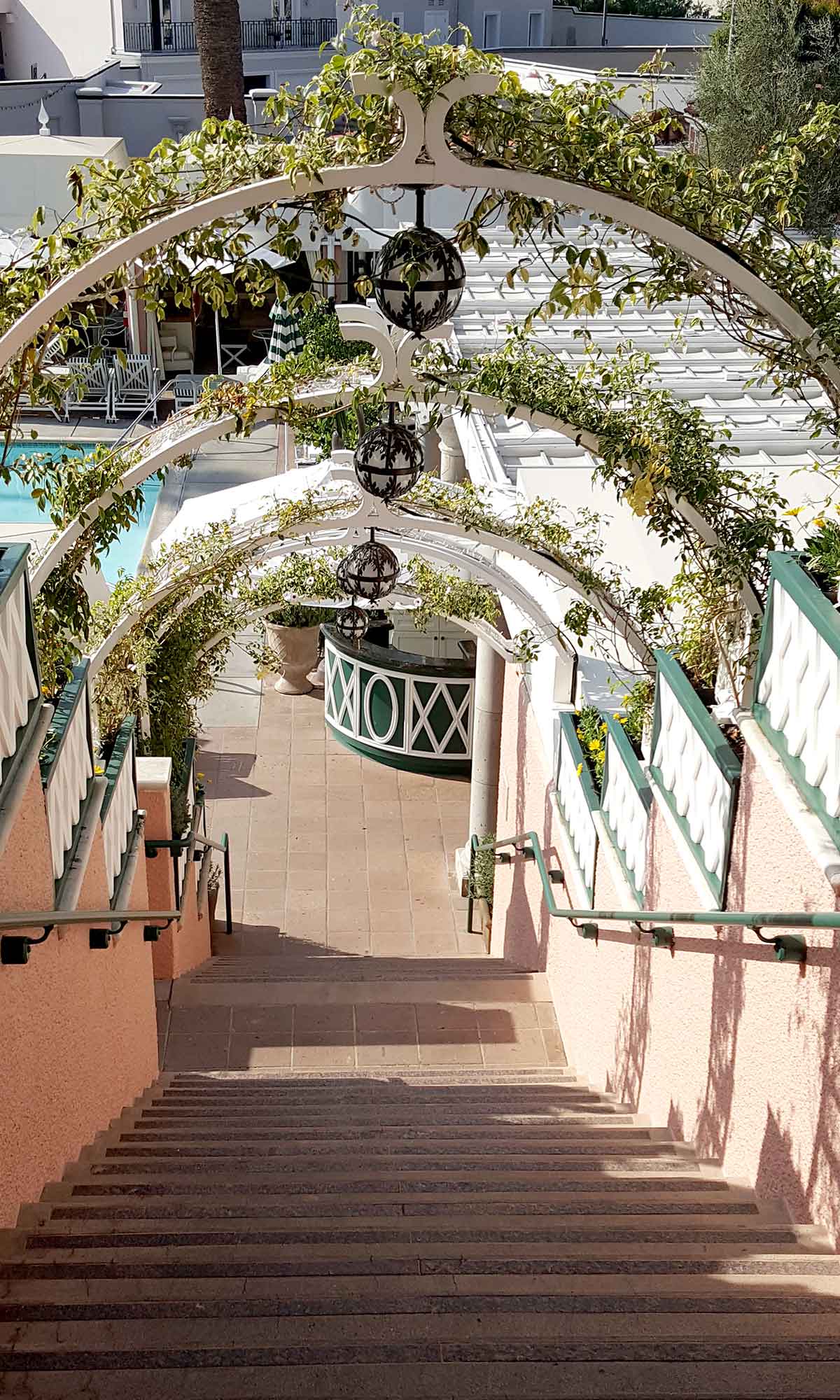 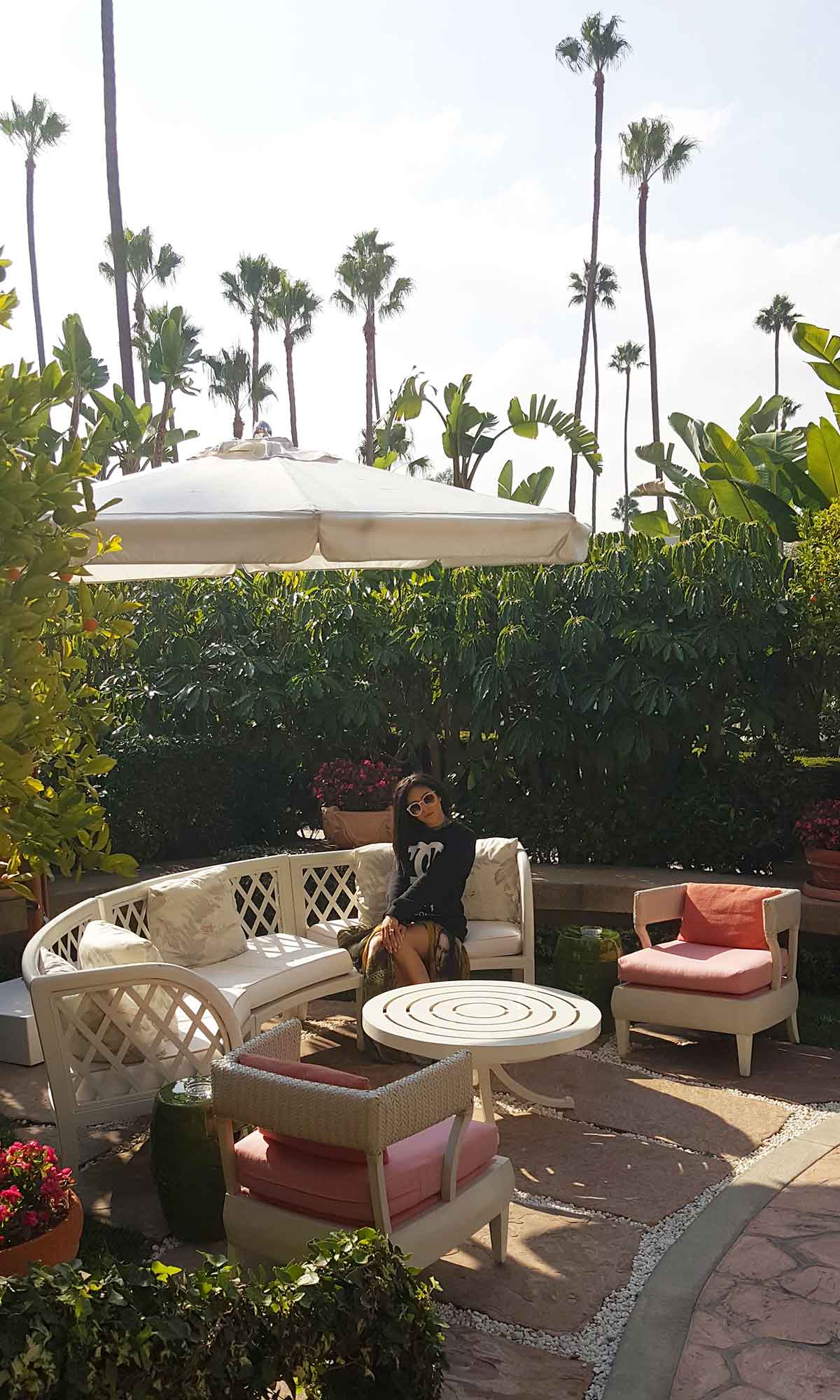 From my own experience, the people who work here make you feel important, bolstering your ego higher the longer you stay. They care about your opinion of them, of the hotel, and will bend over hand and foot to make your experience the best it could possibly be. Nothing is too big or too small to ask of the staff, and nothing is out of place – you could quite literally eat off the floor.

Visually, The Beverly Hills Hotel is a dream of pastel pinks and creamy whites; a delight to the senses like peaches and cream. Could all this make sane people do insane things? Beg, borrow or steal, to stay in a world like this? This was the crème de la crème of the American Dream, a dream that many have chased and gained, only to lose it all – that is The Beverly Hills Hotel. 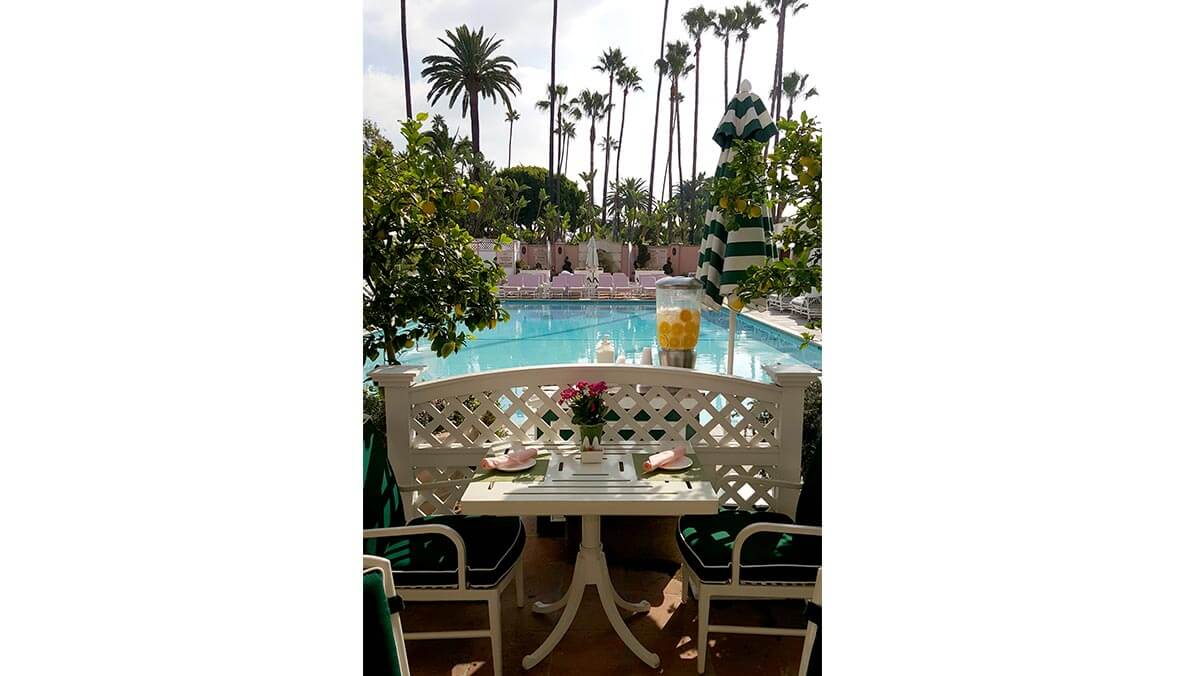 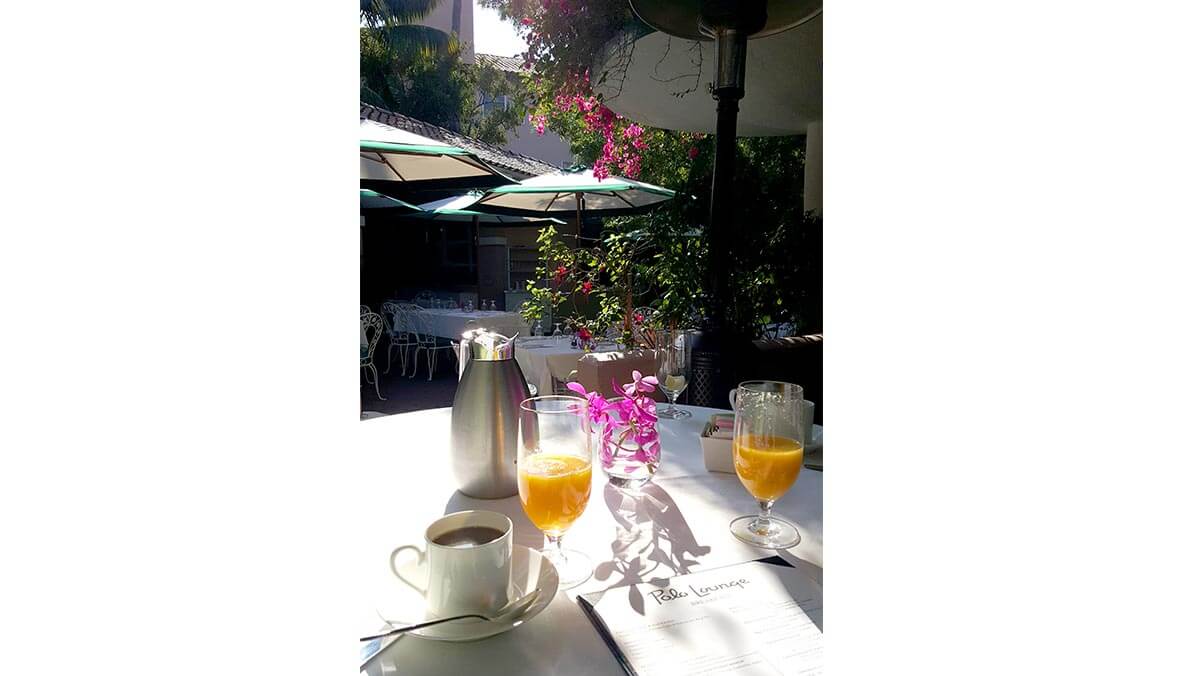 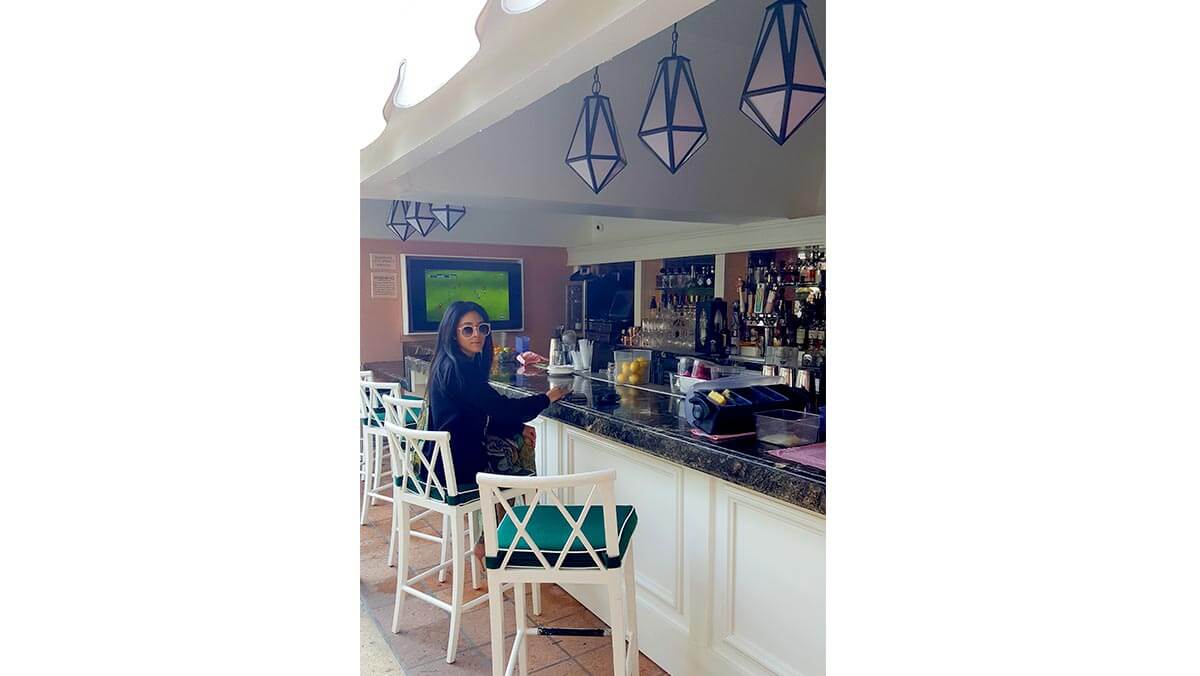 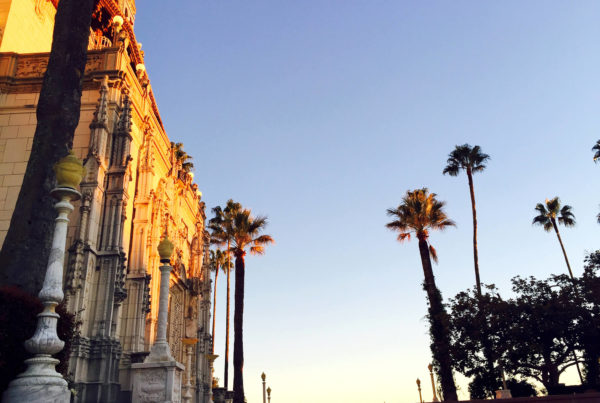 Hearst Castle Boasts the Spoils of an American Dream